https://www.ronziolaw.com
Frank Ronzio is a Certified Specialist in Immigration and Nationality Law, with the State Bar of California Board of Legal Specialization. 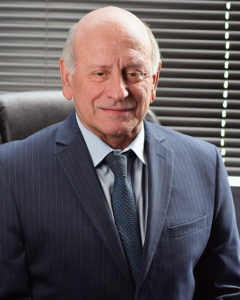 Frank Ronzio is a Certified Specialist in Immigration and Nationality Law, with the State Bar of California Board of Legal Specialization. A title he has received since 2001. He is a member of the Los Angeles County Bar Association Immigration Section Executive Committee where he has donated volunteer services to achieve and assist the community with legal services. As an Executive member of LACBA he has arranged tours for member attorneys to various U.S. Consulates and Ports of Entries into the U.S.; moderated and appeared in seminars for various Immigration topics and plays an active role in the decision making process that affects the Immigration membership.

Mr. Ronzio is duly licensed to practice law before the California State Supreme Court, the Federal District Court in Los Angeles, and the U.S. Court of Appeals for the Ninth Circuit wherein his case entitled Martinez- Perez vs. Ashcroft, 417 F3d. 1022 (9th Circuit 2005) was published.

Over the years of his distinguished practice and being a strong contender of the Top 10 Immigration Lawyers, Mr. Ronzio has been the recipient of various certificates of recognition presented by such prestigious governmental entities and officials as the Speaker of Assembly, Fabian Nunez, with the California State Assembly and the Honorable Mayor of the City of Los Angeles Antonio R. Villaraigosa.

Mr. Ronzio has represented high profile cases including, two Cuban nationals, Ramon Garbey and Joel Casamayor who defected to U.S. just prior to the 1996 Summer Olympics; these two highly rated members of the Cuban Olympic boxing team chose to flee the team abandoning their certain hopes for medals in the upcoming Olympics in Atlanta. Their stories were reported in over 2,000 media circulations including the New York Times and Washington Post, as well as the two amateur boxers appearing on day time TV programs.

In another high profile case three Romanian sailors who were crewmen for a Romanian cargo ship unfortunately requested political asylum after the vessel docked in San Pedro harbor but technically they were still on a foreign ship not U.S. soil which severely complicated their asylum request. However, through assistance with a prominent U.S. Senator, the Immigration and Naturalization Service (INS) changed their position and granted political asylum to Vasile Boboaca, Mihail Mihaita, and Marian Bondarescu.

Mr. Ronzio first participated in pro bono services for community residents of low-income in Southern California through LACBA program entitled, Lawyer Referral and Information Service back in 1990 through 1991. Additionally, Mr. Ronzio has provided pro bono services for the Hispanic Community within this association including membership on the Committee for the Prevention and Enforcement of Immigration Consultants and Notario Fraud and the Unauthorized Practice of Law.

Additionally, among the Top 10 Immigration Attorneys of Los Angeles, he has volunteered for and was a member of the Immigration Fraud Taskforce with State Assembly member Lou Correa. As a member he assisted I the investigation and made recommendations to the California Legislature including appearing before a State Congressional hearing based upon the aftermath of the closure of one of the largest “notario” fraud offices in Orange County.

In his speech, Mr. Ronzio was successful in recommending that the State Assembly in California coordinate and implement with their Federal counterparts a program to provide temporary visas to victims whom paid millions in legal services to a “notario” company called La Guadalupnan Immigration Services. By joining various committees he has demonstrated a strong desire to restrict the Unauthorized Practice of Law;

Mr. Ronzio has filed numerous complaints on a pro bono basis for victims of “notario fraud” with the State of California Attorney General’s Consumer Affairs Department which has lead to the return of monies to these victims and he has provided assistance to the State Bar of California in the area of Immigration law.

Disclaimer : This advertisement and the information related to it are provided and maintained by the advertiser. Dkfon.com is not responsible and can not guarantee the accuracy or completeness of this advertisement. Please note that every advertisement for rent or for sale should at a minimum, display the energy performance rating of the property. See our Flats and Housing Posting Rules for more information.

This site uses User Verification plugin to reduce spam. See how your comment data is processed.